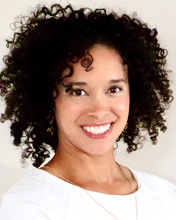 Janelle began her career with State Farm® in 1997, when she was hired as a claim representative in the Ohio Regional Office.  She held various roles within the organization until 2002, when she became an agent.  In July 2008, Janelle entered into agency field leadership.  As of 2013, has responsibility as a Sales Leader over the Philadelphia market.  Hiring the best and brightest agents has allowed for her to grow the market area every year.

Janelle graduated from The Ohio State University with a degree in Sociology.

She resides outside of Philadelphia with her husband Willie and daughter Evarose.  They spend most of their free time camping and enjoying outdoor activities.  Janelle also is a board member of A Kid Again, a non-profit organization serving families who are raising children living with life-threatening conditions.